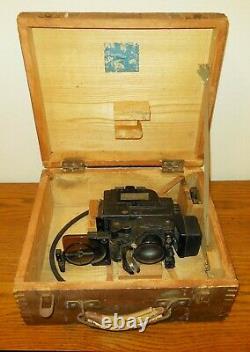 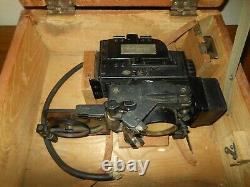 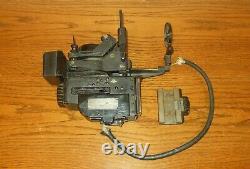 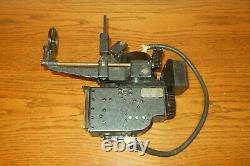 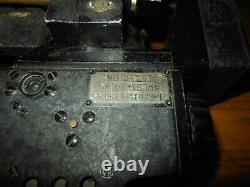 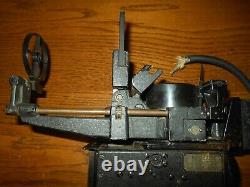 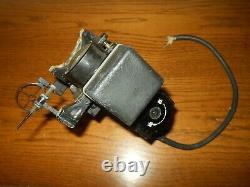 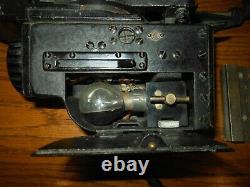 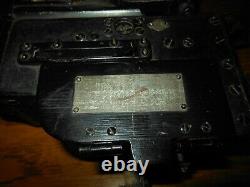 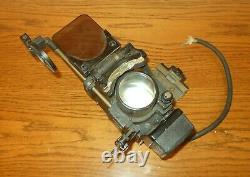 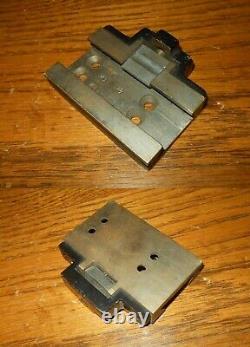 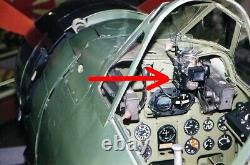 Used through the war, it was ONLY equipped in the A6M "Zero", J1N Raiden "Jack", and N1K Shiden "George"! Made of aluminum, bakelite, and steel, this is an AMAZING and VERY RARE example. Brought back by a US veteran. At the later stages of the war, it retains 95% of it's original finish with the original bulb! Some marks and scratches due to the age, but nothing that takes away from the overall appearance. Omplete with the darker glass, that acted as a sun shield so that the pilot could see easier when flying in brighter light. Sadly, the box was dropped at one point of time (with the gunsight in it), and as such, some of the wood is damaged internally.

As a result of the fall, the main reticle glass broke... It does power up, and the reticle is VERY CLEAR with no damage... However the cord is cracked/worn, as you can see in the photos. Plug is missing, but again, that is an easy replacement. Dated June 1944, all data plates are intact (some faded), and the serial number matches that of the box, so it is the original box to this sight.

It also includes the RARE mounting plate, which features some Japanese Navy Anchors (tightening screw is missing). The box does has some damage and some wood screws have been replaced... But it is solid otherwise. Though it is missing some minor parts here and there is still an EXTRAORDINARILY RARE item! Ould make an EXCELLENT addition to any collection, display, or simply as a conversation piece!