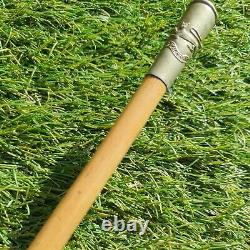 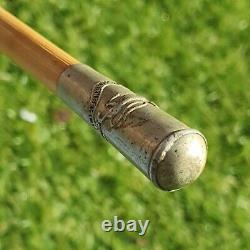 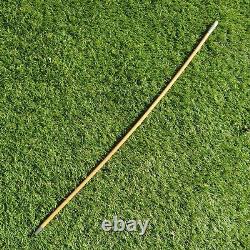 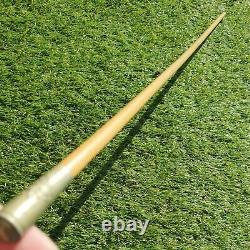 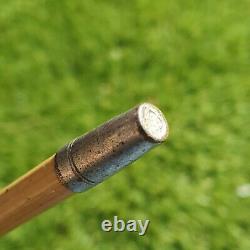 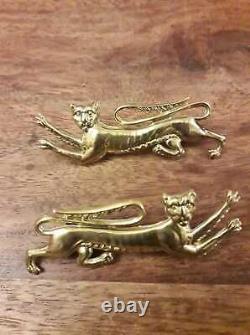 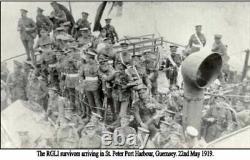 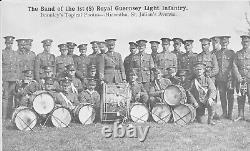 WW1 RGLI Royal Guernsey Light Infantry Military Swagger Stick Silver Top. A most rare item, from a regiment that was only in existence for less than 3 years. And were made up of both volunteers and conscripts. A fascinating and extremely rare item from a very small unit that were only around for a very brief time, so almost impossible to find another.

This stick features a silver top, with the collar emblem for the RGLI. The shaft is a lightweight WOOD. 3.2cm diameter of the round top (on top width). 3cm at the widest tapering shaft. The image of the 2 collar badges is to shows the same image as on the swagger stick, because the cap badge was totally different. It also appears on the island's coat of arms. Last image is of the very young looking. Private John Jones, Royal Guernsey Light Infantry.

With similar cane Died 21 March 1918. Note the L & I appear to have had the full stops put in the wrong places, making it look like LJ. The Royal Guernsey Light Infantry was an infantry regiment of the British Army that was formed from the Royal Guernsey Militia in 1916 to serve in World War I. They fought as part of the British 29th Division. Of the 2,280 men, most of whom came from Guernsey, who fought on the Western Front with the RGLI, 327 were killed and 667 were wounded.

Many Guernsey men had already volunteered for regiments in the British Army before the RGLI was formed. The RGLI was created because there was no Guernsey-named regiment to underline the island's devotion to the Crown. The regimental motto, Diex Aïx, derives from the battle cry used by the Duke of Normandy 1,000 years earlier.

The regiment was disbanded in 1919 but the regimental tradition lives on in the Guernsey Army Cadet Force Det. Light Infantry, who, although they do not wear the RGLI cap badge, still keep alive the history of the Regiment within the detachment. Royal Guernsey Light Infantry established. (Royal Guernsey Militia suspended for the duration of the war).

Most men from the Militia volunteered to join the RGLI, others including a few civilians, were conscripted. Training in Guernsey at Fort George, L'Ancresse and Beaucamps. To England Bourne Park Camp near Canterbury for advanced infantry training.

[3] Forming part of 202nd Brigade, 67th Division. 2nd (Reserve) Battalion formed to receive recruits and train them as replacements for casualties in the 1st Battalion RGLI.

Soldiers sent on a final leave. The RGLI 1st Service Battalion (44 Officers and 964 other ranks) boarded trains to Southampton and onwards to France. Land at Le Havre and travel by Forty-and-eights train to Stoke Camp, Proven. RGLI take their place in 86th Brigade, part of the 29th Division. Battle of Poelcappelle (Part of Third Battle of Ypres, or Passchendaele). After this, rest and training for Cambrai. Training for planned Battle of Cambrai with Tanks. Battle of Cambrai, where the RGLI's role was to go through the Hindenburg Line after the first wave and take'Nine Wood' to the north of Marcoing. [3] This went according to plan, with few casualties and they then moved into Marcoing and on to the front line at Masnières. The Guernseymen found themselves defending the small town of Les Rues Vertes against a huge and determined German counter-attacks on 30 November, pushed back they retook the village twice in heavy hand to hand fighting that lasted two days. They suffered heavy casualties, with nearly 40% of the regiment either killed, injured or missing during the battle, but only withdrew when ordered to by the high command. [3][5][6][7][8]. After this, rest, refitting, training and a search for replacements. The shortage of men available from Guernsey resulted in the RGLI entering 1918 with 50% of the men being non-Guernsey born. RGLI went back into the front line at Sint-Jan (north east of Ypres).

After this, work parties, training. In battle zone, taking turns in the front line at Poelcappelle. In front line, Passchendaele sector. When out of the line, employed in trenching and draining. Portrait of Haig at General Headquarters, France, by Sir William Orpen, May 1917.

Pulled out of the front line, the 503 officers and men were hurried by lorry to Vieux-Berquin in the Lys area where a German offensive had broken through. Battle of the Lys, east of Hazebrouck. German 6th Army under Von Quast smashes 5 miles through allied lines. The RGLI is bussed south to help stem the German advance. Hopelessly outnumbered, but holding the Germans in a fighting retreat from Le Doulieu to near Merris, the Battalion suffer an appalling 80% casualties rate. [3] The RGLI is relieved by the Australian 1st Division. Field Marshall Douglas Haig, 1st Earl Haig wrote in his despatches, which was published in the London Gazette on 21 October 1918: After very heavy fighting, in the course of which the 1st Battalion Royal Guernsey Light Infantry, 29th Division, Major-General D. Commanding the division, did gallant service..... The fighting strength was now less than 110 officers and men. The RGLI, withdrawn from the 29th Division and 86th Brigade, become GHQ troops well to the rear in Ecuires where they became guard troops for General Haig's H. At Montreuil, Pas-de-Calais for the rest of the war and beyond. [3] The Army headquarters was an enormous administrative body, divided into five departments staffed with a wide variety of personnel. Haig lived at a small Chateau'Beaurepaire', 2 miles (3.2 km) SE of the town on the D138. King George V, accompanied by Haig, made a triumphant passage through Montreuil on his way to Paris. Colour Party of the Royal Guernsey Light Infantry at Montreuil, 1919. Haig leaves Montreuil and the headquarters ceases to operate as such. Many of the remaining members of the RGLI sailed back to Guernsey on the "SS Lydia".

(Despatch from Sir Douglas Haig to the Secretary of State for War). De Havilland, Lieutenant Colonel [27]. Hockey, 438 Lance Corporal [29]. Machon, 226 Lance Corporal [28]. Robinson, 1131 Lance Corporal [28]. In February 1925, in accordance with General Order No 5034 The London Gazette published a complete list of Battle Honours awarded for the Great War. In General Orders, 1928, "Honours awarded to Militia Corps for services previous to the Great War shall pass to the reconstituted Militia Regiment and shall be emblazoned on all Regimental Standards, Guidons or Colours"[31]. Following the disbandment of the Royal Guernsey Light Infantry in 1919, the 1st Battalion Royal Guernsey Militia were granted the following Battle Honours.

Ypres 1917 (for militia men serving with Royal Irish regiments). The Colours of the RGLI are hung in the Town Church, Guernsey. The item "VERY RARE WW1 RGLI Royal Guernsey Light Infantry Military Swagger Stick VGC" is in sale since Sunday, October 10, 2021. This item is in the category "Collectables\Militaria\World War I (1914-1918)\Field Gear". The seller is "chewdo" and is located in Leicestershire.