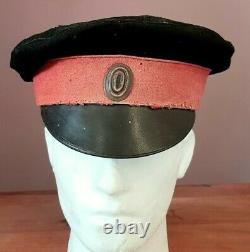 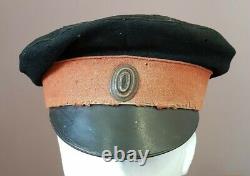 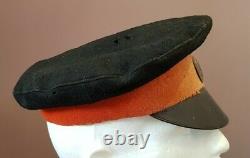 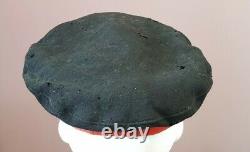 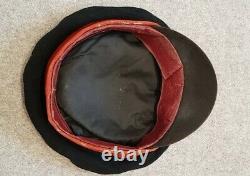 The red banding is faded to a pink hue at the front but less so at the back. Some mothing to the top of the cap - see pictures. There looks like there is the remnants of a stamp inside the cap but it is not legible. Under the sweatband there is some writing in Russian which translates as "Bros Karamaz" or similar which denotes the name of the play Brothers Karamazov showing that this cap was used in the theatre. However reseach shows that Russian caps were so plentiful after WW1 that they did not make stage props and instead used real caps during performances.

This adds to the authenticity of the item rather than detracting. Size is quite large - approx 58.