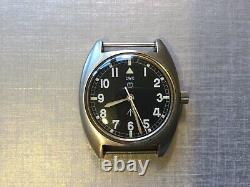 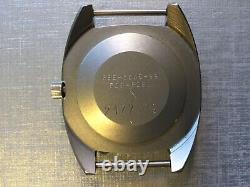 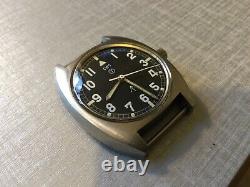 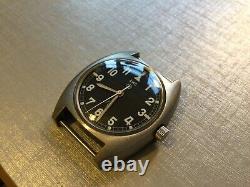 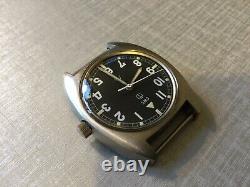 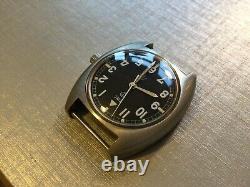 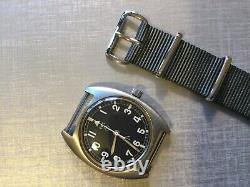 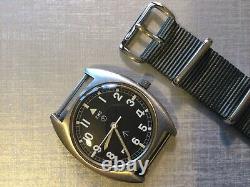 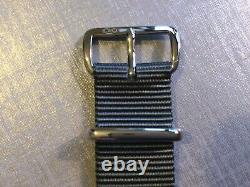 Very rare CWC W10 Royal Air Force issued 1979 hand wound mechanical watch serial no: 2177. Like all my watches this has been sourced directly from one of the MoD disposal agencies & has previously been used in British military service made & first issued in 1979. This watch is in fantastic condition there will be the odd very small mark & ware to the case as it has been issued to & warn by a member of our HM Forces. Comm 12th of July 2021 from being professionally serviced which included being stripped, cleaned & a new acrylic crystal glass fitted by the true craftsman that is Daniel Mancila at Exacta Watches, Camberley Surrey. It will be supplied to you with the correct age appropriate 18mm new CWC genuine issue grey NATO strap as still currently supplied to our HM forces. It will not be the cheapest example you will find for sale but if you want a'genuine' one that has been issued & used, sourced direct from the MoD or one of it's approved disposal contractors, just professionally restored at considerable expenses then this is the one for you. History/Background: The first watch Mr.

Ray Mellor the founder of the Cabot Watch Company made for the M. D replacing the previously contracted & supplied visibly similar Hamilton made watch. This mechanical hand-wound watch which was originally issued to British Army W10 and much rarer RAF 6BB as in this example between 1972 & 1980 before being replaced by the G10 Quartz battery powered watch.