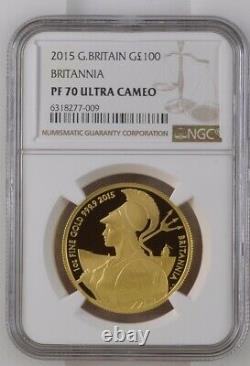 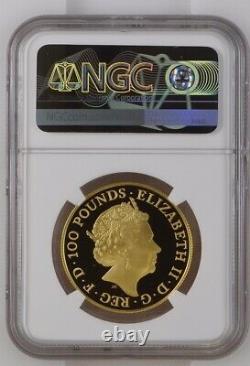 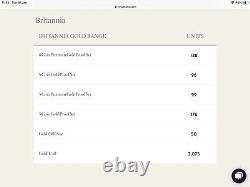 The 2015 Gold Proof'Corinthian' Britannia set has one of the lowest mintage since the modern day Britannia were first issued in 1980. Whilst some of the smaller fractions are seen quite often, the largest pieces in the set are seldom seen.

The one ounce gold proof in particular is very scarce with only 234 minted according to the royal mints own website - five/six coin sets only carried 1oz gold proof. In addition to being minted in small numbers, the coin on offer is graded at the highest level by NGC as PF70UCAM. A real collectors piece for Britannia collectors or those who recognise its scarcity in both mintage and grade. Whether you collect Britannias specifically or modern rarities, this is an opportunity not to be missed.

ALLOY 999.9 Fine Gold. Rest assured that the example shown in the images is the one which the successful purchaser will receive.

This item is in the category "Coins\Coins\British\Proof Sets/Coins\2000s". The seller is "jaconetcoins" and is located in this country: GB. This item can be shipped worldwide.