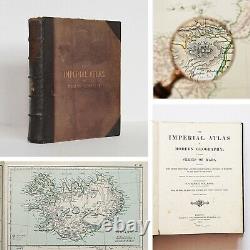 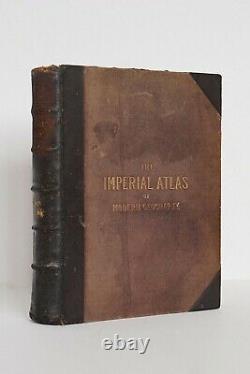 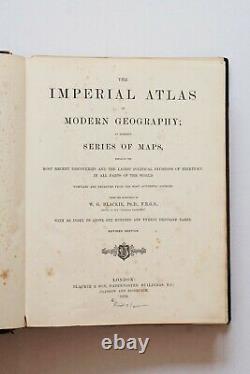 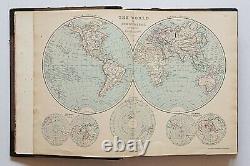 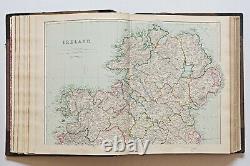 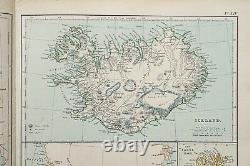 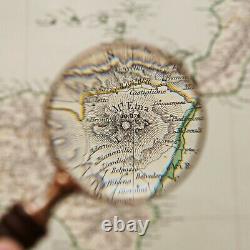 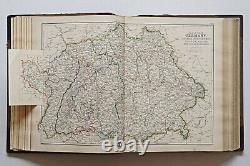 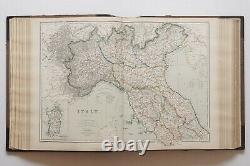 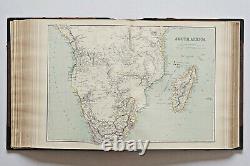 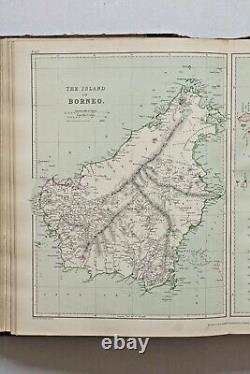 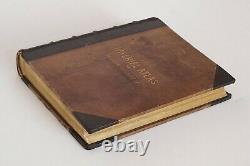 THE IMPERIAL ATLAS OF MODERN GEOGRAPHY; An Extensive Series of Maps, embracing the most recent Discoveries and the latest Political Divisions of Territory in all parts of the World. Only few other British atlases from 2nd half of 19th century can compete with. The Imperial Atlas of Modern Geography. In terms of the ammount of information and quality of cartographic production. Even though this is a second, revised edition, it seems to be even less obtainable than the 1st edition published in 1859 or 1860.

The atlas contains exactly 100 stylish looking and very detailed maps with all borders and coastlines coloured by hand. The maps evenly present the whole world, Europe takes aruond 1/3 of all maps unlike for example German. Grosser Handatlas des Himmels und der Erde. Published the same year with Europe taking up to 2/3 of all the maps. Some of the maps are "centered" around the seas and oceans rather than around continents and countries, which is a specialty not found in many other atlases.

The atlas contains 2x more maps than Royal atlas of Modern Geography by W. It seems several of the maps were engraved already in late 1850's or mid 1860's as some of the geographical and political names are outdated. For example Tokio is still named. (the name changed in 1868), Colombia is labeled as.

New Granada (which changed in 1856). Many parts of the world like central Africa, central part of Borneo or Papua New Guinea are completely unexplored, not to mention the whereabouts or existence of Antarctica are yet almost completely unknown (some parts of Antartica are already present as Victoria land and Wilkes land). Cuba on the other hand has surprisingly dense railway system as opposed to Japan, which hasn't developed it's national railway network yet at all. One of the most interesting maps in this atlas are maps of unexplored Papua New Guinea, special maps of Borneo, Celebes, Sumatra, Java and Kamchatka penninsula (the last two have active volcanoes highlighted in red colour) or all maps of South America which are unusualy detailed for a European atlas. The map list consists of.

To put things in a wider perspective, this atlas was published before electricity was actually available at homes so the first readers most likely had to use petrol lamps when reading this atlas during long winter nights! Complete with all 100 maps. Leather binding is worn at the hinges.

Lower 10 cm of rear spine parting from board. Top 15 cm of spine appears scorched, possibly through excessive heat. Internal binding of spine parting from text block, due to strain to front internal hinge, but still all securely attached. Previous owner's name on fly-leaf. 1 detached but present, plate no.

This item is in the category "Antiques\Maps, Atlases & Globes\World Maps". The seller is "stanislakroft_0" and is located in Prague. This item can be shipped worldwide.