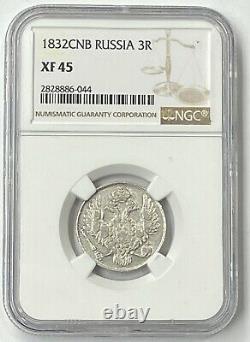 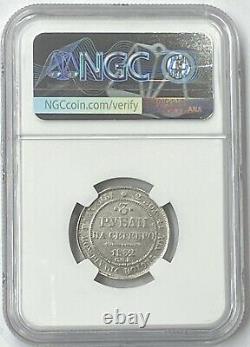 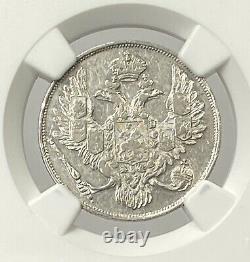 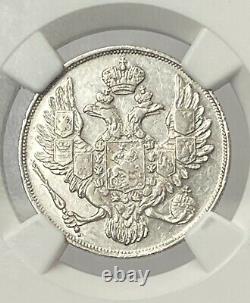 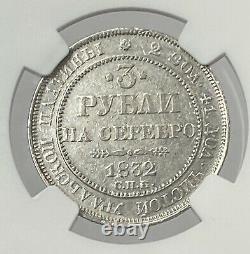 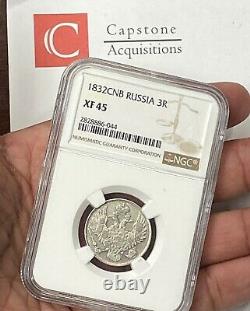 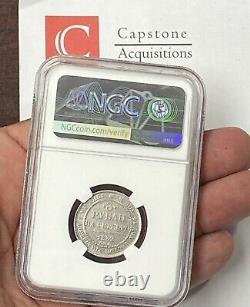 Only 9 have been certified by NGC with 5 known better. Obverse - Two-headed eagle with a crown above. 2 zolotniks 41 dolyas (parts) pure Ural platinum. In the entire 2700 year-old history of coinage, platinum has been used only once to produce coins intended for general circulation- the exper was done in Russia.

This is the story of those platinum coins. In the early 1800s after platinum's discovery, Several large deposits of ore were found in the cold Russian territory of Ural, Siberia. At that point in time, platinum had no real use outside of Spanish luxury goods like silverware made for nobleman. In 1928, the Russian Empire started minting platinum coins in three denominations - 3 Roubles, along with much smaller quantities of 6 Roubles and 12 Roubles coins. While the 3 Roubles coin was intended to circulate, the 6 and 12 Rouble coins were mainly produced for the government to distribute as gifts to diplomats and wealthy collectors.

Unlike gold and silver coins, which are typically produced as an alloy with copper in order to increase the hardness of the metal, platinum was naturally hard enough that the coins could be produced in pure, unalloyed platinum (with trace amounts of other platinum rare group metals like palladium and iridium). That hardness was the downfall of the platinum coin - the platinum roubles were so difficult and expensive to mint that the Russian government ultimately decided to cease production after little more than a decade, ending the series in 1845. Russian Emperor Czar Nicholas I issued a decree demonetizing the coins and mandating that the public return them to the Mint to be melted down. Thus creating an instant rarity.

The seller is "capstonecoins" and is located in Austin, Texas. This item can be shipped to United States.